Sam Asghari is an Iranian -American Model, actor, and personal trainer. He has appeared on the cover page of the magazine ‘Muscle and Fitness. The 27-year old model has a well-maintained body shape. He regularly exercises and takes a diet to maintain his body fit. Currently, he was in the headlines and making buzz because he engaged with popular singer, dancer Britney Spears. Everyone in the world knows her and her songs. The couple makes this information official with a post with pictures of a diamond ring to their fans. Their manager Brandon Cohen also confirmed the news that the couple is engaged now. He said, “he is happy and touched that their long-standing relationship turned official today”. The diamond ring is from Forever Diamond NY.

After the announcement of their engagement, many fans pour many comments both hate and love comments.

Sam Asghari was born to her parents on 23 March 1994, in Tehran, Iran. He moved to the United States in his teenage days. During his childhood, Sam wanted to become a footballer. After completing high school studies, he enrolls to study the subject of Criminal Justice at Pierce College in Los Angeles.  And during that time Sam starts working and took three jobs; clerk, sales rep, and nightclub bouncer. But eventually, this tight schedule made him fall into bad eating habits. Later he decided to quit his job and joined ‘Gold Gym’ for a nutrition course at the age of 19. After that, he became a personal trainer. 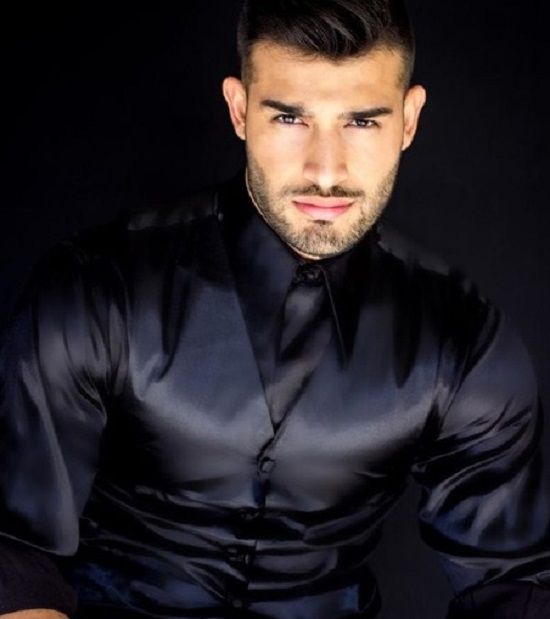 Parents and siblings of Sam Asghari

Sam Asghari was born as a son to his parents; his father’s name was Mike Asghari, he was a tow driver, and his mother’s name was Fatima Asghari. He has three older sisters their names are Maddy, Ellie, and Faye.

How did Britney Spears and Sam Asghari meet together?

Both are met each other on the sets of a Music video ‘Slumber Party’ and exchanges the contact numbers. They start dating in 2017 and also begins to upload their pictures on Instagram. The couple works together and is often seen together. During a concert in Taiwan in June 2017, both shared a kiss on the stage.

What is the Profession of Sam Asghari ? Career Highlights and More

Until 2015, Sam worked as a personal trainer. After that with the help of his sister Faye, he took part in the ‘palm Springs’ runway show. Then he was seen in the Toyota Super Bowl commercial. In 2016, he worked in a music video Fifth Harmony’s ‘Work from Home’ in which he played a construction worker.

After that, he got chanced with singer Britney Spears in a Music video “Slumber party. In 2018, he also got a chance to debut in a movie with ‘unbelievable”.

What is Sam Asghari’s Net Worth ?

The Primary Source of Sam’s Income is Acting , Modeling and Producing . According to some  reports his Net Worth is  around $10-15 million USD (approx).