Guan Chenchen is a Chinese artistic gymnastic and a rising star in the sports world. The athlete won the gold medal at the Summer Olympics 2020 that is currently held in Tokyo. Guan is a specialist in beam balancing and also won the 2020 Chinese national championship on a beam balance. She follows a routine that is more complex than other competitors. Now her practice is paying her by winning. Guan had the highest score of 14.633 and working hard for it. After winning the medal everyone starts praising and congratulating her. She makes her family and nation proud and now everyone is interested in knowing more about this young gymnast.

Guan Chechen was born to her parents in Hubei, China on 25 September 2004. She is just 16-years old now and practices women’s artistic gymnastics discipline. Guan wins several medals in her career at this young age. She lives with her family in Zingzhou, china. She holds the nationality of China and spokes the Mandarin language. 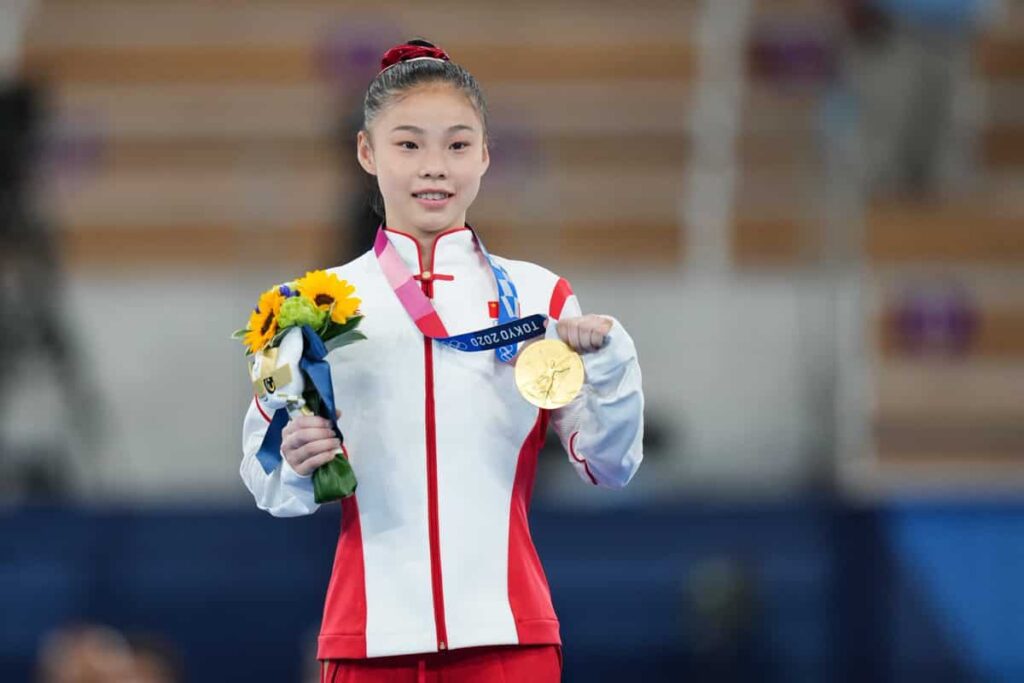 Her parent’s details are not disclosed yet but they are indeed very supportive towards her and encourage her in pursuing her career as an athlete.

How Tall  is Guan Chenchen ?

Guan is 5 feet and 3 inches tall and exact details are undercover. 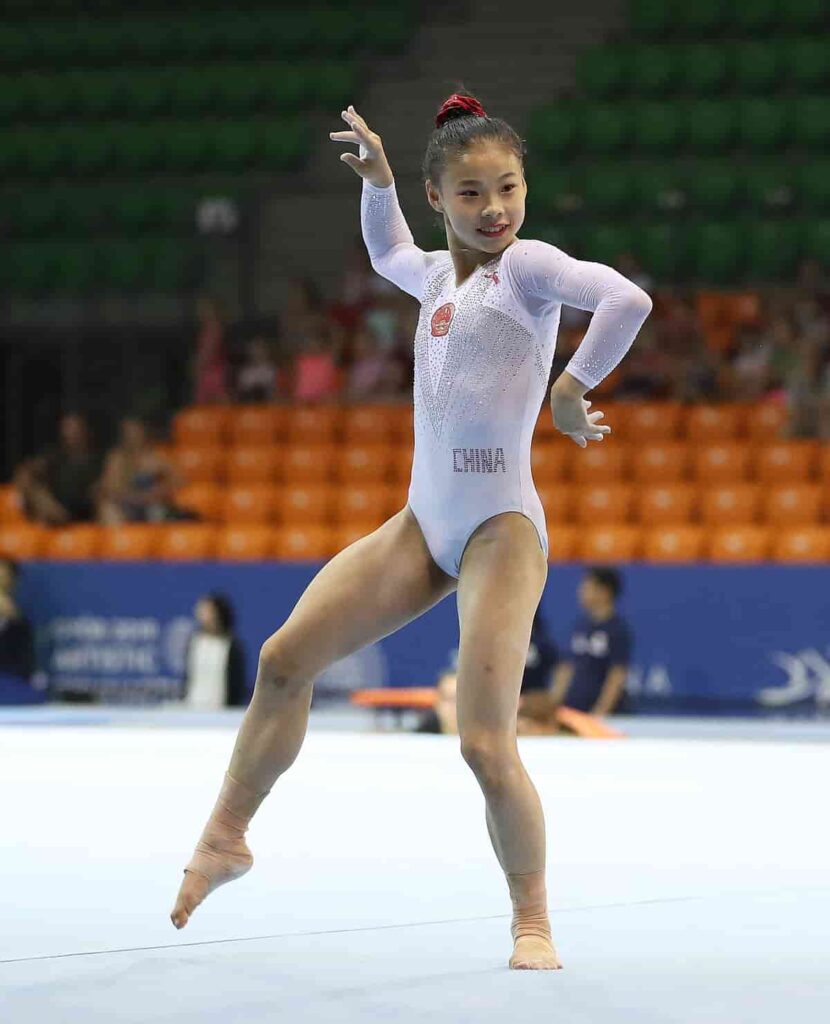 Guan is interested in sports and her parents recognize it and support her. She tried out different sports before becoming a gymnast.

She started gymnast in Xiantao n in November 2010.

Guan polished her skills as an athlete by participating in several events and competitions at the national and international levels.

She participates in several junior-level events like the Junior national championship 2017 reached the third position.

Junior national championship 2018,  at the first position and won gold on balance beam, and won silver on floor exercise. 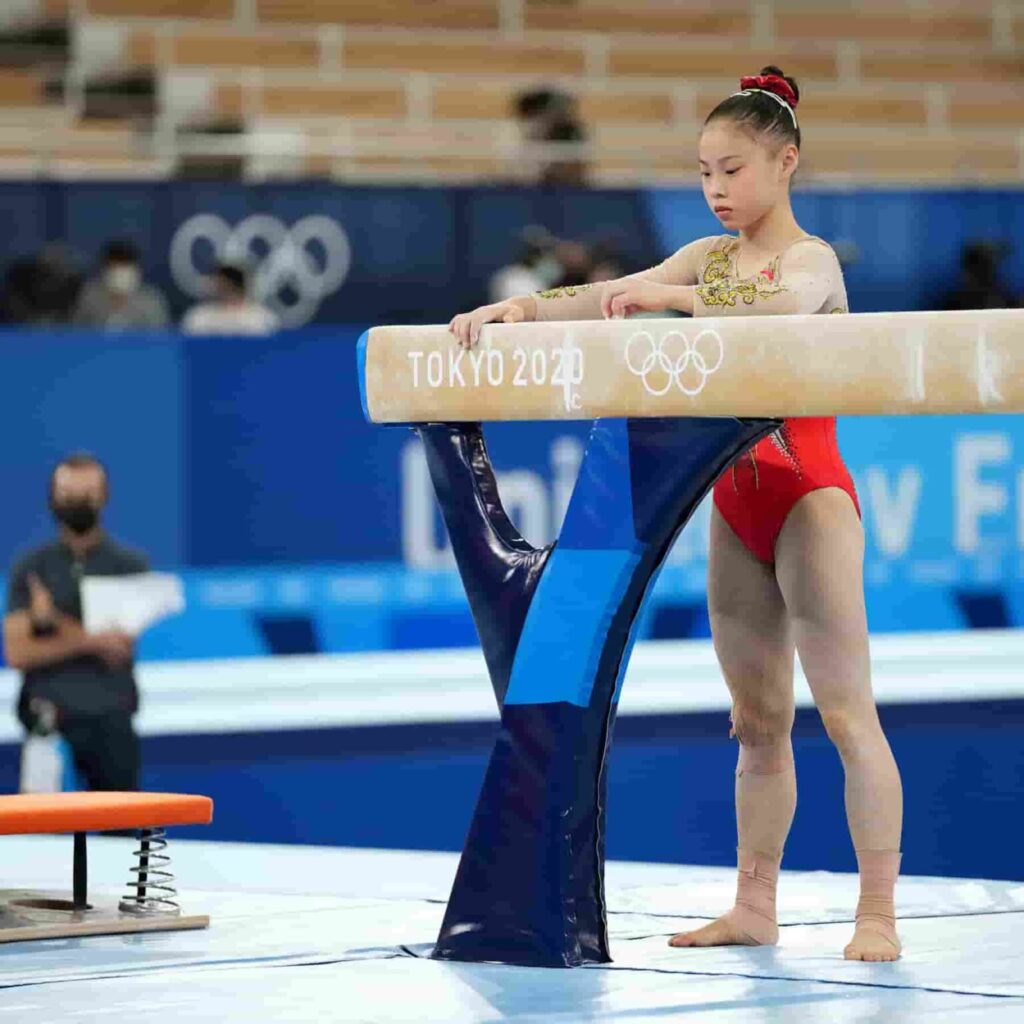 At the senior level, she participated in the 2020 national championship at won the gold medal.

In 2021, the National championship at sixth, and Olympics Games wins the gold medal.

In 2018, the General Administration of Sport of China honoured her with the title of Master of Sport.

Her coach’s name is Wang Qunce and she practices at the club named Zhejiang Province.