Darren Criss is an America based actor, songwriter, singer and co-owner of Starkids productions. He impressed the audience with his acting skills when he was cast in the television musical comedy-drama show “Glee” as ‘Blaine Anderson’  in 2009. He is popular for the role in ‘The Assassination of Gianni Versace: American Crime Story (2018) in the role-play of ‘Andrew Cunanan’. For this role is also won the ‘Golden Globe’ and Emmy Awards”.  He is also co-owner of a musical theatre company named ‘StarKids’ that is based in Chicago. Darren gained attention playing the lead role in StarKid’s musical production of A Very Potter Musical in which he plays the role of Harry Potter and also writes most of the Music and lyrics in it.

Dareen was born on February 5, 1987, in San Francisco, California to his parents. He is a multitalented person. Besides acting he is also good at music and learned to play few musical instruments too like Violin, piano, and guitar. He also composes and sings. 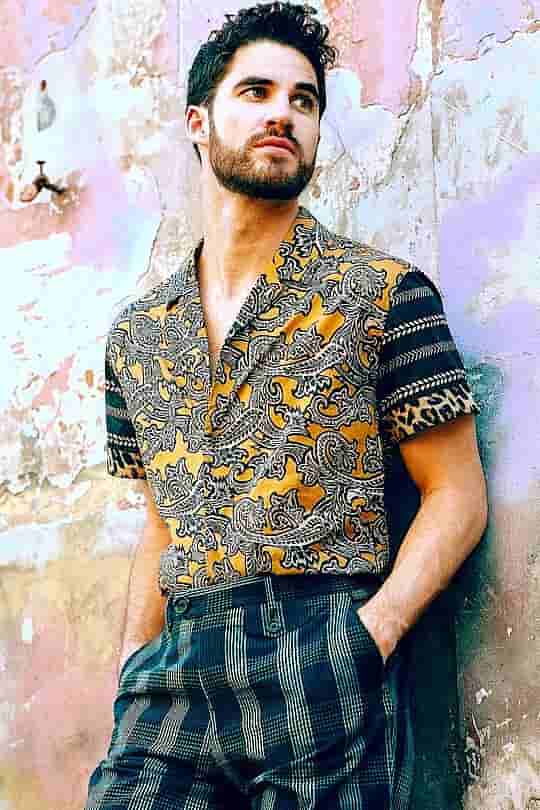 Darren Criss did his graduation in 2005 from the Saint Ignatius College Preparatory.

How Tall is Darren Criss ?

Criss is very handsome and has a height of 5 feet and 8 inches.

He is the son of parents Cerina and Charles William Criss and has an older brother named Charles Criss, he is a member of the indie rock band ‘Freelance Whales.’

Criss is a married man and ties the knot with her long-term girlfriend Mia Swier on Feb 16, 2019. The couple dated together for more than 10 years with each other. 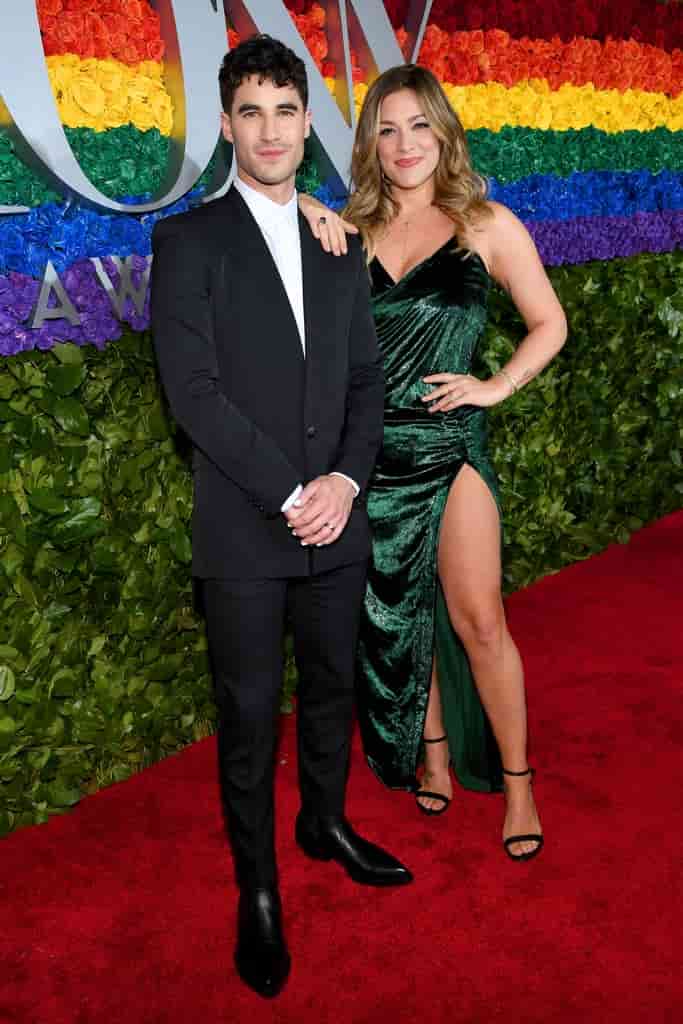 He later stars in American theatre plays like ‘A Christmas Carol’ and ‘A Midsummer Night’s Dream.

After that, he co-founded with his friends his own musical theatre company “ StarKids Productions” and also play the lead role in his production musical play “A Very Potter Musical’ and earned popularity.

On television, he worked in the American musical comedy-drama series ‘Glee” from 2010-2015 which also makes recognizable his skills.

Criss debuted the film was ‘Girl Most Likely’ in 2012.

In the same year, he also debuts his broadway show ‘How to Succeed in Business Without Really Trying.

In 2018, Darren starred in the American Crime Story ‘The Assassination of Gianni Versace’ for this movie he gained some critical acclaim and awards.

Criss also lent his voice for animated films like ‘Batman vs. Teenage Mutant Ninja Turtles, ‘The Wind Rises, ‘Stan Lee’s Mighty 7, and ‘The Tale of the Princess Kaguya.

In 2010, he launched an EP named ‘Human” which reached number 17 on the ‘US Billboard Top Heatseekers Albums Chart.

What is the Net worth of Darren Criss ?

Criss earned from different sources a huge amount of money. His estimated earnings at $4 million approximately.